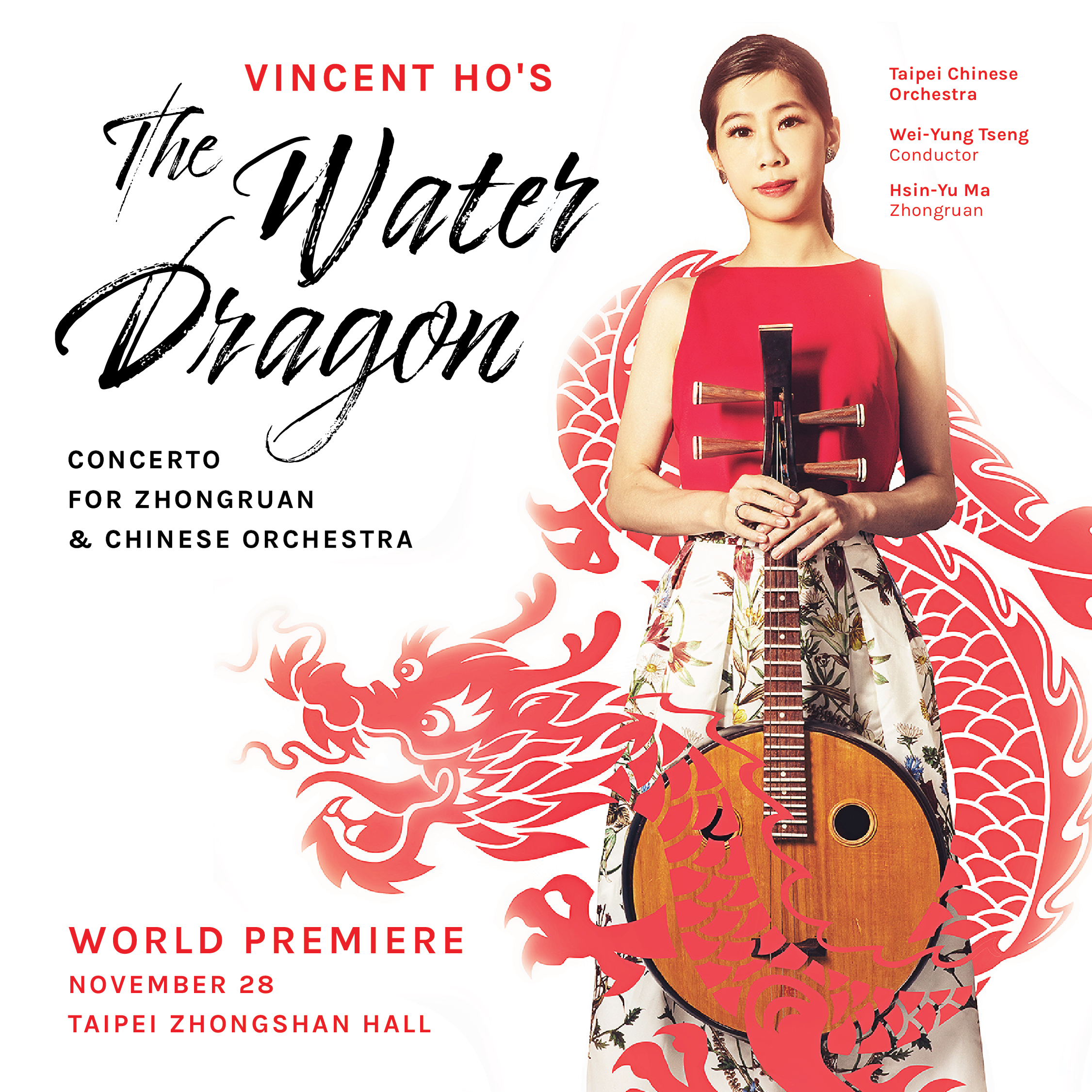 The Water Dragon: Concerto for Zhongruan and Chinese Orchestra

When my daughter Claudia was born (2012), my wife and I naturally looked up what her Chinese zodiac sign was. We were delighted to discover Claudia was born as a “Water Dragon”. Water is one of the five elements each of the twelve Chinese zodiac animals could be associated with (the other four being Wood, Fire, Earth, and Metal). When the commission to write a zhongruan concerto for the Taipei Chinese Orchestra was proposed to me, I turned to the Water Dragon as the source of my inspiration, all while thinking of Claudia. For me, this concerto is my own musical portrait of the legend of the Water Dragon with the zhongruan soloist cast as the central character.

The music begins with the sounds of the sea and the Water Dragon emerging from the waters (played by the zhongruan). As it emerges, woodblocks are heard playing elaborate rhythms which inspires the dragon to perform a water dance. Other sea creatures begin to join the Water Dragon, swimming all around it in a playful manner. As the dance ends, the Water Dragon sings a gentle song that is later joined by several of mermaids (played by the flutes). The mermaids soon leave as the song ends and other larger and dangerous creatures begin to emerge. They soon begin following the dragon. This leads to a fast and furious chase between the Water Dragon and the creatures, building up to a dramatic ending. 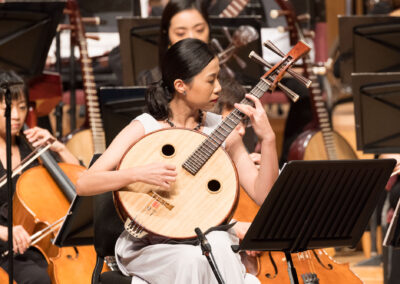 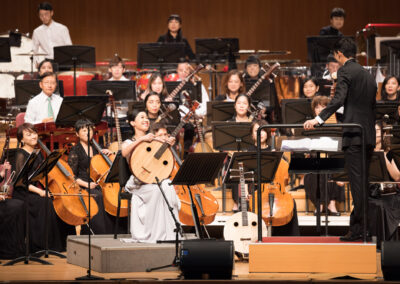 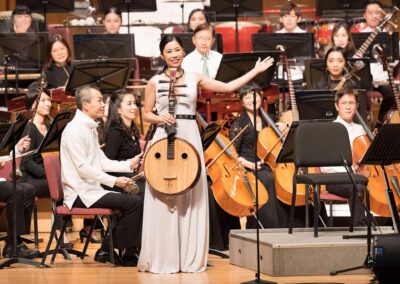