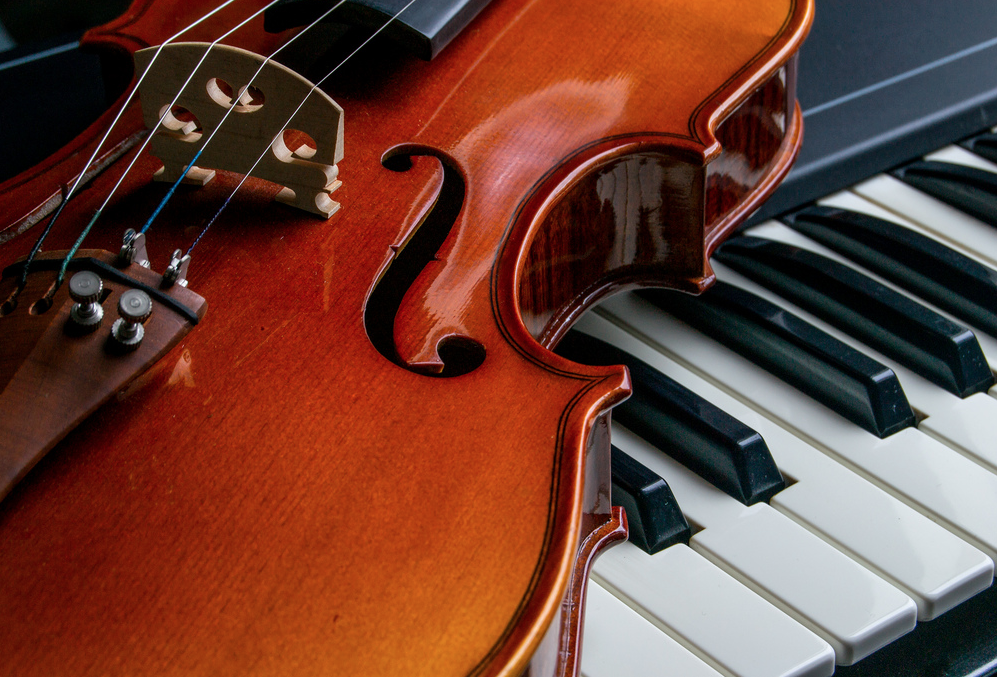 III. Dancing It Out

During a visit to the Winnipeg Symphony Orchestra’s New Music Festival in 2006, I was approached by their concertmaster Gwen Hoebig with a proposal: to compose a work for violin and piano for her and her husband to perform (her husband, David Moroz, is a magnificent pianist who was also the director of the Winnipeg Chamber Music Society). I immediately jumped at the opportunity but felt a little daunted by the challenge: Gwen and David were considered royalty in the world of violin/piano duos and have a reputation of delivering extraordinary performances with any work they laid their hands on. So this was my opportunity to deliver a virtuoso piece that would honor their abilities.

The first movement is written in two parts. The first is an introduction, “Tranquillo,” that serves as a peaceful opening to what will soon become a ferocious discourse. The second part, “Feroce,” is a chattery musical argument between the violin and piano. Its constant declamatory style evokes a situation that many couples would understand (nobody is winning).

The second movement, titled “Grave,” was inspired by the music of blues. It is a song that provides the two performers opportunities to respond lyrically to one another as their phrases entwine and overlap.

The “Interlude” serves as a transition to prepare the audience (and performers) for the fiery conclusion.

The last movement, titled “Dancing It Out,” is a musical vestige of my earlier life as a dancer. During my early-20’s, I was an active dancer of many retro styles: jitterbug, Charleston, watusi, the twist, etc. Since enrolling in graduate school, I was unable to continue that passion and had never picked it up since. However I always knew these rhythms were still buried in my bones and were just waiting to come out. The creation of this movement was my way of channeling them out and provides the performers an opportunity to “dance” with one another (musically speaking).