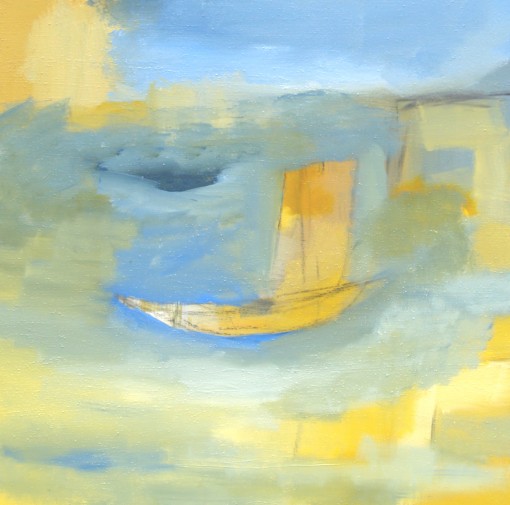 Nostalgia is a solo vibraphone arrangement of the second movement of The Shaman: Concerto for Percussion and Orchestra, commissioned by Dame Evelyn Glennie. It was originally intended to be an encore to the concerto but has since become a stand-alone piece.

Nostalgia, was initially inspired by three things: a photo taken by Doug Barber of an old man looking out of a window during sunset, a painting by Luc Leestemaker titled Voyager #7 (seen above), and an accompanying poem to the painting by the same artist titled “Voyager”:

When I was a little boy

I’d be in the street with my father

On a Saturday afternoon

He washed the car and

I played with a boat, in the river of water and soap

That gulped down the road.

I stepped on board and took off.