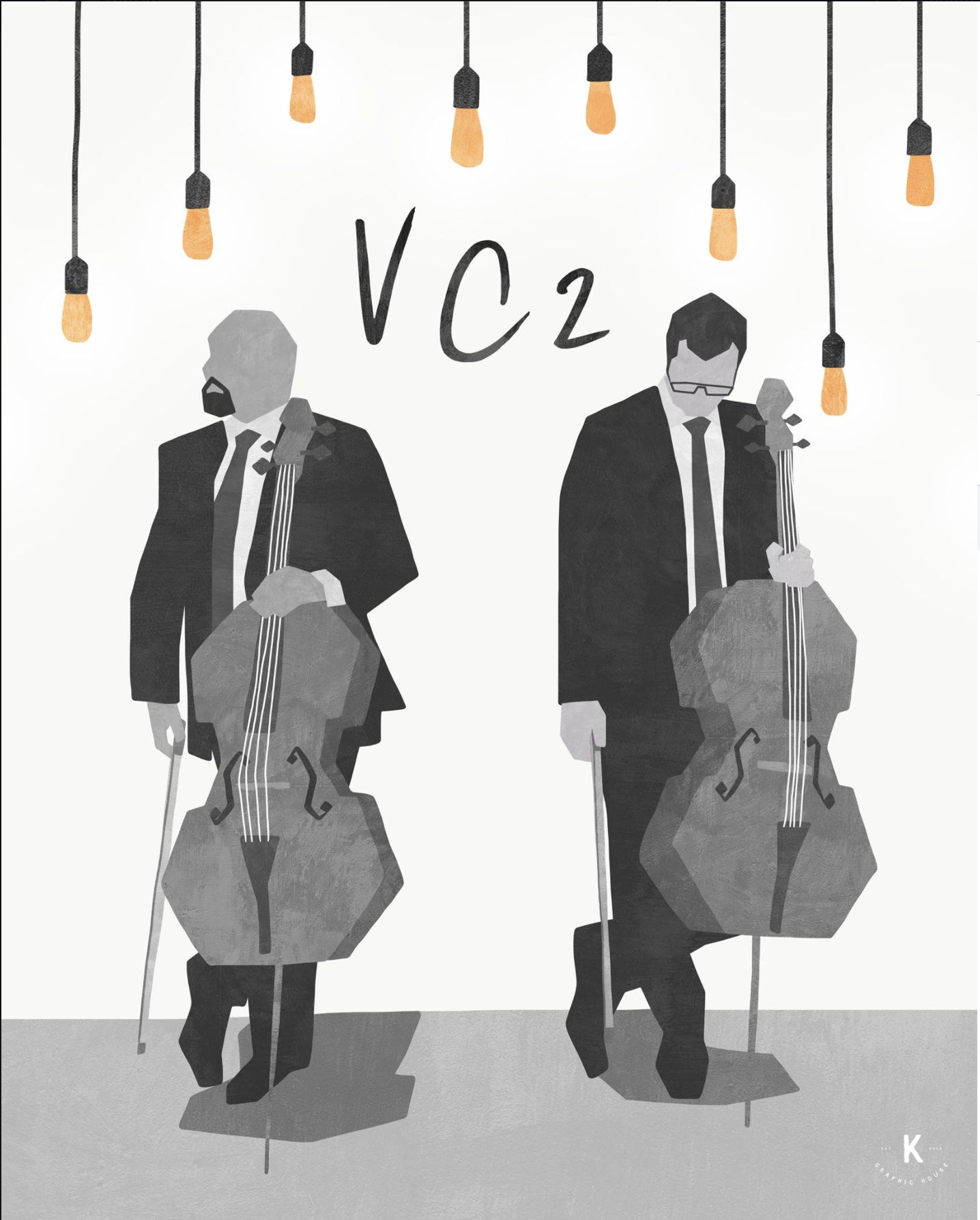 2019
Commissioned for VC2 by Prairie Debut, with support from the SOCAN Foundation.

Back in 2018, I had the pleasure of listening to VC2’s CD “Beethoven’s Cellists”, a collection of new works by various living composers inspired by Beethoven’s music. Hearing their phenomenal playing motivated me to sketch out an energetic riff that later developed it into a continuous motoric line. This material was shaped into a standalone piece for solo cello that I titled Heist (I later added an optional drum set part). For the duo version, I felt it would be great to highlight each cellist’s virtuoso abilities in some way by adding an expressive counterpoint. To capture the essence of their musical spirits, I sent a digital sound file of this original line to VC2 and asked the two cellists – Bryan Holt and Amahl Arulanandam – to record themselves improvising overtop of it. This was to give me insights to their natural signature gestures. From their recordings, I sketched out various materials that would serve as the counterpoints to the continuous riff. So as one cellist plays the motoric riff, the other performs overtop of it with a line that was specifically tailored to their abilities. After they finish the first time around, they switch roles to give the other cellist an opportunity to shine. The title and character of the work was influenced by two crime noir books I was reading at the time: The Cold Six Thousand by James Ellroy, and The Killer by Matz and Luc Jacamon.