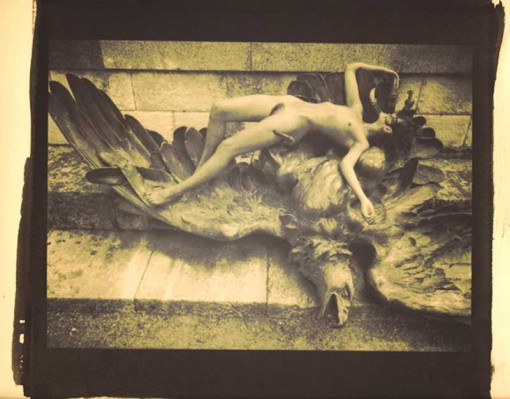 “The stirring work itself gives further proof of Ho’s expansive dramatic sensibility, with a focused intensity that speaks directly to the heart.”  – The Winnipeg Free Press – Fallen Angel review

This work was inspired by the photo print, Eagle and Nude, taken by American photographer, Richard D’Amore. Upon viewing it, I was immediately struck by its beauty. The motivation to create my own musical representation of his print was heightened after a chance meeting with Richard and his wife at a party in Los Angeles. My conversation with him gave me the opportunity to know the man behind the camera and to hear what his insights were on each of his works. After a delightful evening of creative discourse, I left the party feeling overwhelmed with inspiration.

After a few months of productivity, I was saddened to hear news of Richard’s tragic death. At that point the photo took on an entirely different meaning. Though I had completed half of the piece by that point, I felt compelled to take the music on a different path. What began as a programmatic setting (tone poem) transformed into a spiritual journey. As news of Richard’s untimely death settled in for me, other associations to his photo began to develop. One in particular was J.S. Bach’s, Air in G for Strings, which kept replaying in my mind the more I looked at it. Rather than resisting it, I decided to incorporate certain quotes of Bach’s piece into the music. By employing this method of musical quotation, I was able to re-create the spiritual experience I felt as my perspective on Richard’s photo changed.