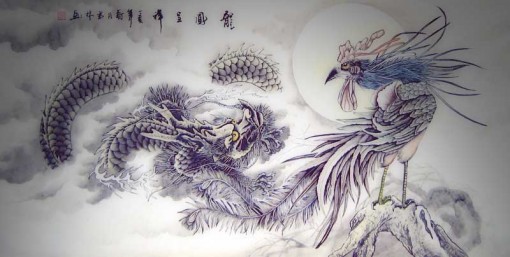 “One selection that easily passed muster was WSO composer-in-residence Vincent Ho’s ‘Dragon Realms’, with its first incarnation premiered by the WSO four years ago. Ho’s further refinement of the score showed the growth and impressive talent of this young composer, with its one movement filled with raw beauty and a poetic sensibility that was genuine.”  – The Winnipeg Free Press – Dragon Realms review

This piece represents my initial efforts in bridging Eastern and Western musical styles (a reflection of my own bi-cultural background). Throughout the piece, I incorporated numerous instrumental colors and sounds that I collected over the years of writing chamber music. These sounds not only characterize my current musical language but they also embody visceral elements that define the work’s orchestral sound-world (eg. gentle breezes accompanied by wind chimes, distant bells, quiet rustlings, etc). By having this palette, the materials I created embody experiential qualities that would conjure up personal or emotional associations for the listener.

Formally, the piece is built on six “images” (each one spanning between 1 to 3 minutes in duration) that unfold in a dream-like sequence:

I. Under the Dragon’s Wing

II. “I hear the Dragon singing…

III. The Lake of Dreams

IV. “Something wicked this way comes…”

Each image is presented as an understated rhetorical event, leaving the listener afloat as the music unfolds. Hence, my goals were two-fold: to not only convey a dream-like journey through the landscape of a mythical world but to put the listener (and performers) into the dream itself – to create a connection to a primordial realm. The order of the “images” creates a structure that holds the dramatic narrative thread, culminating to the work’s final kinetic moments.”