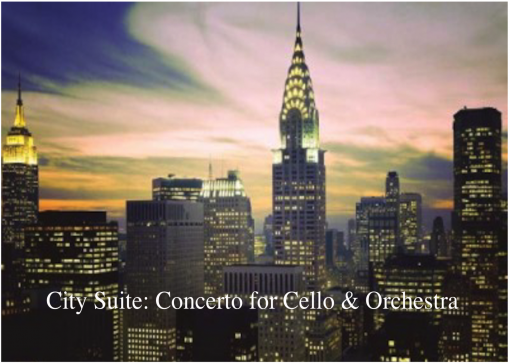 “Too much of a good thing” – Winnipeg Free Press

Several factors inspired me to write my cello concerto City Suite. The first was the cellist I was writing for, Shauna Rolston. I have known Shauna since my days as a graduate student at the University of Toronto, where she served as the head of the cello department. Throughout my years of knowing her, she has maintained her career as one of the greatest new music interpreters in Canada. Having her in mind as the performer gave me the motivation I needed to create something that would be worthy of her talents. The second inspiration was a conversation I had with a cellist friend of mine, Jakub Omsky. Back in 1999, I had written a work for cello and orchestra titled, Nighthawks. It was Jakub who gave its premiere performance in 2004 with the University of Southern California’s Symphony Orchestra. When I informed him of my intention to compose additional movements so it may be a full-length concerto, he expressed his own thoughts on the notion. He knew that I composed Nighthawks during a period of anxiety and believed that those feelings had not yet been reconciled. He advised me to go back to that emotional space when writing the additional movements if I was to reach some form of reconciliation. Only then would the work be a true portrait of my soul. After hearing his suggestion, I concurred. The third inspiration was the bestselling book “The Cello Suites” by Eric Siblin. This novel explores the history of J.S. Bach’s famous cello works. After reading the book, I was inspired to compose a suite of my own, ones that express my musical interpretations of city life.

I. Dusk – This movement was inspired by a melancholy evening I had in Toronto. I was sitting in front of my hotel window taking in the view of downtown while sipping my rum and coke. As dusk settled, a feeling of “coldness” crept in as I watched the city transform into its darker alter ego. Emotionally speaking, this movement represents the initial turmoil I felt many years ago that begun my period of sadness.

II. Overdrive – This movement was inspired by the general pace of urban life, the accelerated tempo that can only be felt in a big city. This movement also represents the anger I felt that followed the turmoil I spoke of in the first movement.

III. Nighthawks – During a visit to New York City’s Whitney Museum, I had the great pleasure of being introduced to Edward Hopper’s paintings. At the museum’s bookstore, I picked up a book of his collected works and the first painting I flipped to was his Nighthawks. The sadness and desolation it evoked immediately resonated with me. At that moment I knew I needed to compose my own musical interpretation of the image. This movement also represents the next stage of the emotional process I was undergoing; sadness.

IV. New Dawn– One of the joys of living in the city is waking up to the sights, sounds and smells of a new day – the sun’s rays shining off of every window, the chattering of people walking by, the aroma of fresh baked goods at every corner etc. This feeling of a fresh start provides a sense of comfort and a degree of optimism, i.e. “What will this day have in store for me? I don’t know, but lets find out.” This movement expresses that sentiment as well as the closure I feel when I leave the day before behind. It also represents the reconciliation I needed to reach after all these years of carrying my inner conflicts – the page had finally been turned and a blank slate lay before me. A new beginning awaits… 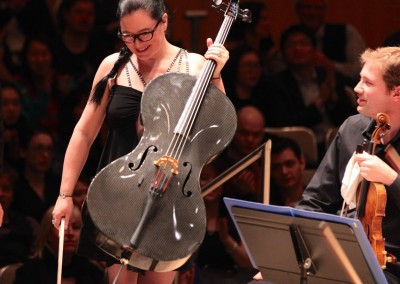 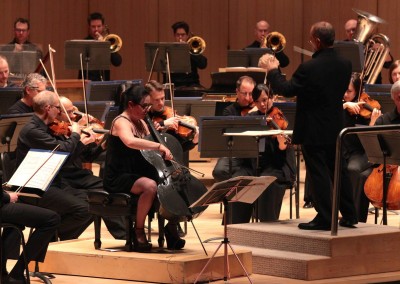 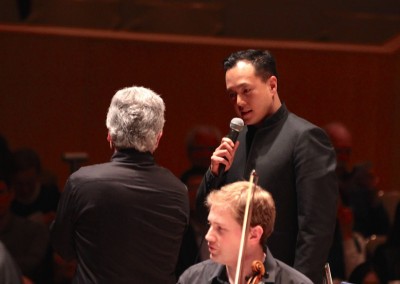 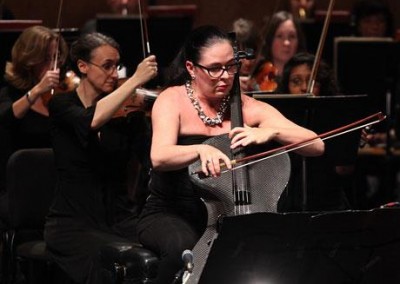 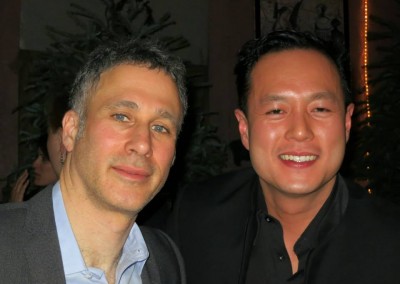 With Eric Sibling, author of bestselling book “The Cello Suites” – one of the inspirations to the concerto 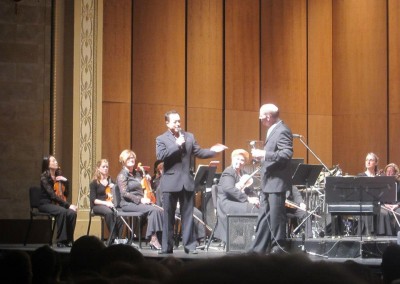 Vincent Ho chatting with conductor Kevin Rhodes about “City Suite” before the performance.